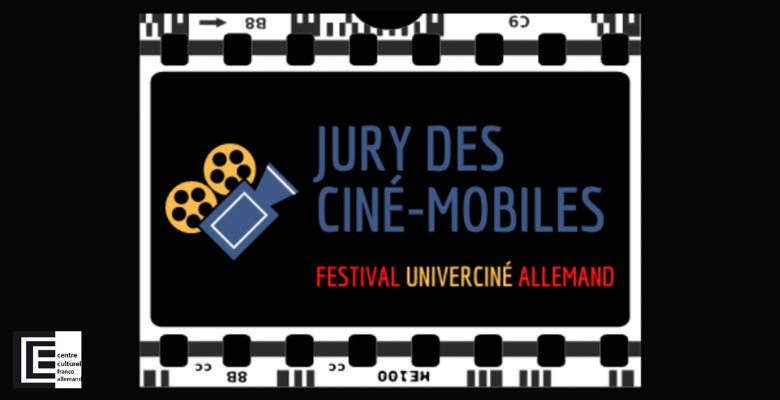 For the Univerciné Allemand festival’s 25th anniversary, we implemented a new project to strengthen the Franco-German friendship: simultaneously with the retrospective, we created the “Ciné-Mobiles” jury. The goal was to bring together 6 young people, who had already graduated and taken part in an exchange with either France or Germany, in order to work as a group in German and French. The dual nationality of this jury allowed the members to have a new look on a selection of 3 films from the festival: “This Ain’t California”, “Cleo” and “303”. The members of the jury indeed benefited from a preparatory session for film analysis, in order to establish the common criteria used during the post-screening discussions. This project took place online from May 2nd to May 9th, and was supervised by two colleagues: Schirin Berndt (linguistic assistant at the CCFA) and Clémence Lohr (interning student for a European tutored project).

Hello! My name is Armelle, I am 20 years old and I am very happy to be part of the Ciné-Mobiles jury for the Univerciné Allemand Festival this year. I am studying the German language and culture, along with the political sciences of the European Union at the University of Nantes. I had the chance to travel to Germany and Austria, which I really liked, and the university allows me to continue traveling.

Hello! My name is Emilie, I am 20 years old and I am learning about German and Europe at the University of Nantes. I am originally from Hamburg, but I moved to France with my parents 10 years ago. I am glad to be part of the Ciné-Mobiles jury for this year’s  Univerciné Allemand festival, and I hope to learn more about Germany through those films!

Hi! I am Johanna, I am 19 years old and I come from Dresen. I am living in Nantes for a year. I am doing a voluntary civic service in a school, as part of the FGYO. I am very happy to be here in France and to have to opportunity to be part of the Ciné-Mobiles jury for the Univerciné Allemand festival.

Hi, my name is Karla, I am 18 years old and I am also spending this year in France, doing a voluntary service in a high school. I love all of it, and being part of this jury for Univerciné Allemand is an honor, as I am a fan of the Franco-German friendship.

Hello! My name is Léna, I am 3rd year student in the German “Parcours Europe” at the University of Nantes. I took part in multiple language exchanges in Germany, and more recently I did an Erasmus in Austria. I am honored to be part of the Ciné-Mobiles jury for this year’s Univerciné Allemand 2021.

Hello, I am Viola, I am 19 years old and this year I am part of the jury for Univerciné Allemand. I come from the city of Ulm in Germany, but since September, I have been living in Nantes for my international voluntary civic service. Until now, I really like it and I am excited for the rest of my time in France.

Read the movie reviews written by the Ciné-Mobiles jury!